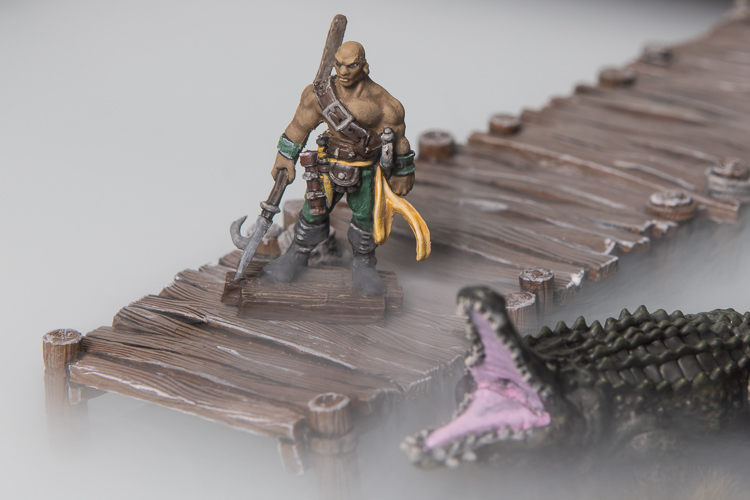 Last month, I introduced you to my recent miniature painting obsession. Well, despite my determined intention to not treat this like a 365 Day Challenge, I am headed there quickly. That’s right! The painting continues!

I have a significant Pile of Opportunity from which to pull miniatures. I continue to focus on table-top quality and brush control, but I am starting to take a bit of a turn towards the details. This should slow me down a bit. Having a nearly two month lead on a “one per day” approach, I can afford it. Besides, I have some larger miniatures I would like to get to before long.

Following the January painting frenzy, I decided to take advantage of it. I looked through my stash and found miniatures that would be relatively quick, used a similar color palette, and were somewhat repetitive. This is the approach a miniature wargamer takes to knock out a large number of “troops” leading up to a gaming tournament. It works well here, too. Regardless, it has turned into a relatively diverse group of miniatures.

Let’s get to the list of miniatures in the February photo:

All told, February will probably be my most productive in terms of pure numbers. As of February 28th, I stand at 72 miniatures for the month, 120 for the year. That is nearly 33% of the way to 365!

Yes, I’ll keep painting in March. That said, I have plans to swing back into some photography very soon! On the calendar is some work with a favorite designer and some favorite models. More to come, of both miniatures and photography. If there is a particular model you’d like a better view of, let me know in comments and I’ll post additional images on my Instagram. 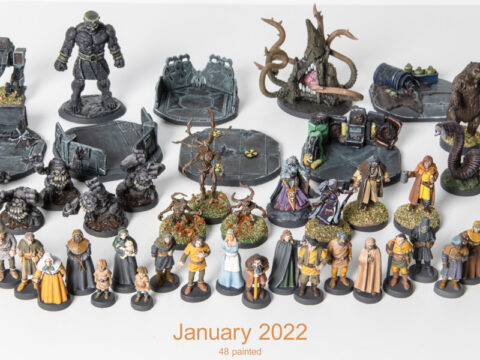 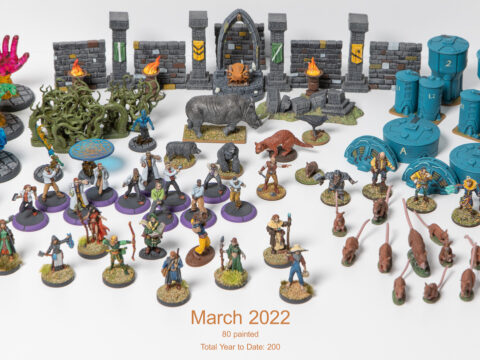 0 207 0 Comment on April Showers, May Flowers
Posted in Miniatures