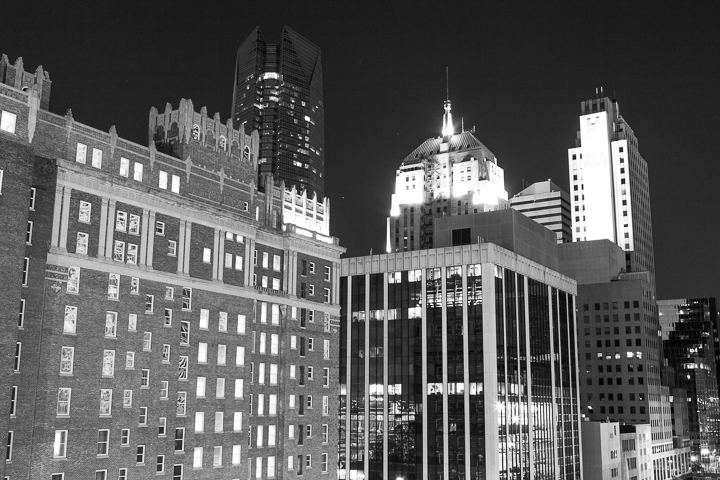 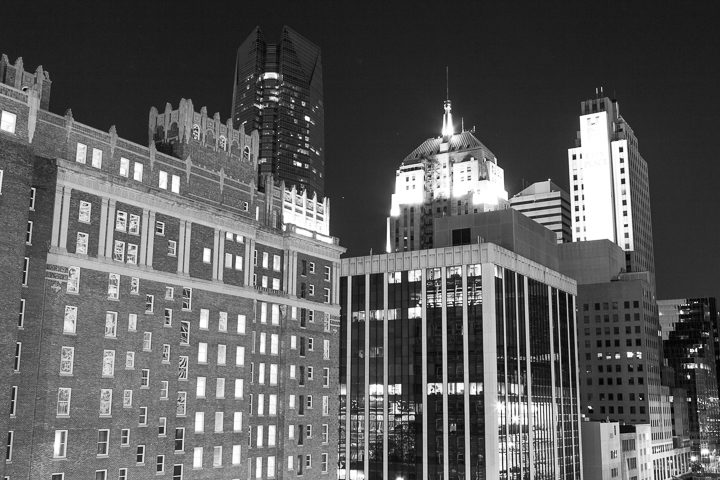 This is not the Oklahoma City with which I grew up. I remember some of the major buildings from my earliest days. They are still prominent in the skyline although the streets below have changed. To be honest, I do not recall many trips into the downtown area as a child. The old structures were monuments on the horizon. These were simply landmarks we drove past. They were mysterious and formidable icons that roused my curiosity.

Living mostly in the surrounding, rural areas, the heart of Oklahoma City was always that distant place. We would flirt with the outskirts, perhaps visiting a suburban grocery store or mall. The maze of one-way streets, largely abandoned at night, remained largely a mystery until my college days. Even then, I was a foreigner in a strange, concrete land. While I became more familiar, it was not a place I cared to visit unless I felt adventurous. The “big city” felt dangerous, especially after dark.

Anyone who knows the Oklahoma City of twenty years ago or more most likely gets it. It seems that it was not so long ago that a lone person wandering the city streets was not a great idea. Especially in the dark. Especially carrying expensive camera equipment. Oklahoma City fell well short of being Gotham, but it was certainly not a place to visit in the night without being alert.

These days, I work right on the edge of the domain of those iconic landmarks. I see the towers daily. It is not uncommon to find me exploring parts of the downtown area. I am occasionally found roaming these streets, especially at night, camera in hand. Today, those mysterious and formidable structures are this photographer’s “x” on the treasure map.

This city has undergone a tremendous transformation in recent decades. It keeps finding ways to remind me that this is my home. 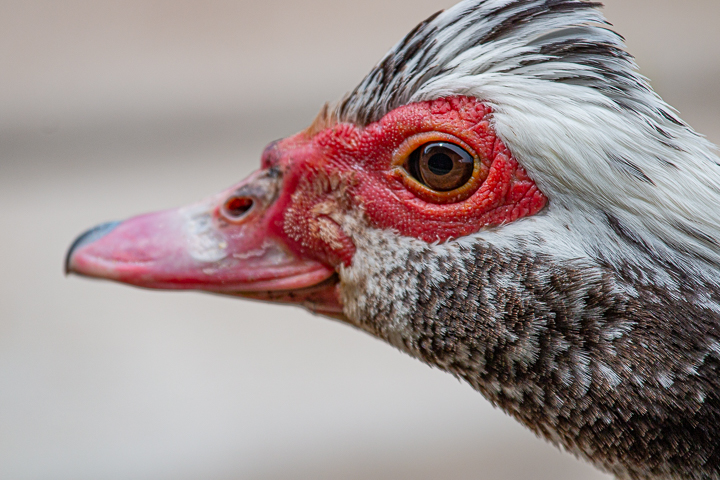