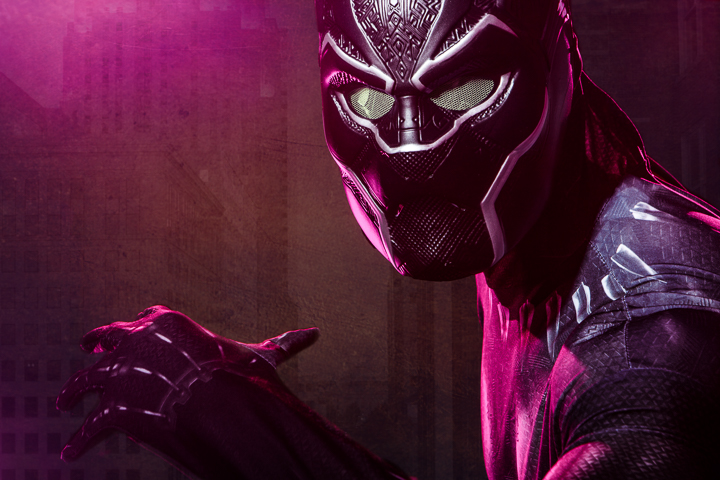 When Nate reaches out with a concept to shoot, I play attention. I do my best to make time because we always have fun. His positive personality is always a very welcome addition to my day. The other day, he sent a message saying he had a Black Panther costume.  Dude! Bring it on!

In my house, we were excited when the Marvel movie, Black Panther, was announced. A comic book fan, I enjoy the genre. Our first glimpse was a nice appetizer. It took us a while to see the movie because of competing schedules. When we finally saw it, we were not disappointed.

I knew I needed to do whatever Nate brought in justice. I also knew it wouldn’t be easy. Leaning on some of my favorite tools, I determined to go for a promotional poster feel. The individual images of characters we often see in movie theaters usually grab my attention more than the official movie poster. You know the ones I mean. They have nothing but a simple portrait and a date. Their intended audience already knows who the character is, what movie is coming, and that they want to see it. All they need is a reminder of the release date.

I don’t like to rely on Photoshop to make the images work. Start by getting it right in camera, then use software to take a strong image and step it up a notch.  After playing around in studio for maybe 45 minutes, Nate and I sat down to review our handiwork. We quickly narrowed it down to a few favorites. As I often do, I slept on it before editing.

Before we shot, I watched the first hour of Black Panther. While I edited the next morning, I finished the film. I can easily sit here and be really critical  of the outcome, but I think we did alright.

Do you like this style? What character would you want to be? 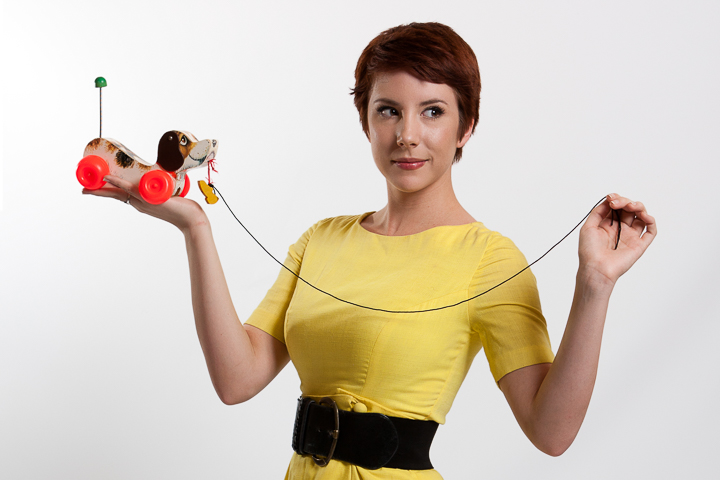 0 204 0 Comment on Looking Back: The Lady In Yellow
Posted in Session

Looking Back: The Lady In Yellow 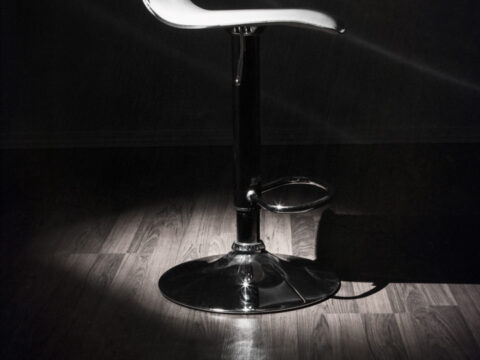 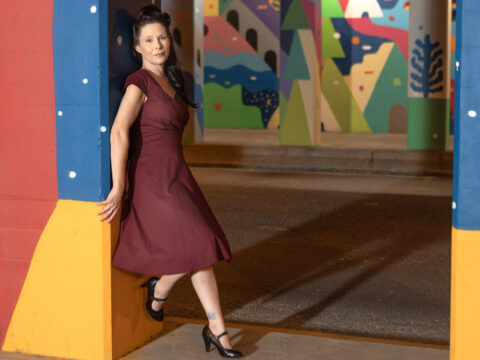 Turning Back The Clock