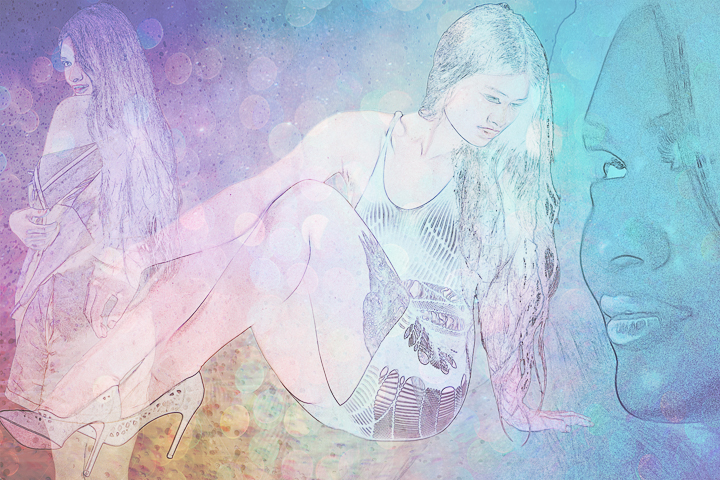 It was a somewhat unexpected session. Our original plan was unexpectedly scrapped. As luck would have it, a traveling model was in town and she was in the studio in short order. We were able to stick with the original concept for the shoot and everything worked out great. I edited a few images and moved on to the next session. As I often do, I revisited the sets and found inspiration for something different. A couple of the images triggered an idea for a watercolor series.

To explain exactly how it came about would be difficult. I was reminded of a certain style of book cover I remember from my childhood. A powerful headshot mixed with a full length pose were mixed, modified, and transformed. Eventually, what I saw on the screen matched the vision in my head.

Since the first watercolor, I have taken a few more stabs at capturing images specifically for this project. It has proven to be a significant challenge. The process relies heavily on texture, light, and contrast. Creating images requires a combination of at least two images, several layers, and some experimentation. The process is very hit or miss. The original images can be stellar but that does not mean they will mesh well in the end.

QuestionMark Photography is keeping one eye out for volunteers willing to take on this project. It does require some boldness, working best with nude, implied, or very little clothing. The texture cloth introduces tends to muddle the overall appearance of the final image. The image at the top of this post is a wonderful exception to the rule. If you think this is something you would like to be a part of, let me know and we can discuss it further.

0 1 0 Comment on Prismatic: A QuestionMark Photography Project
Posted in Session 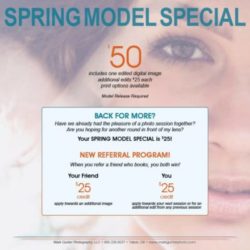 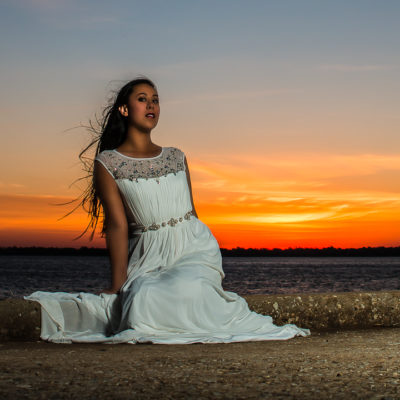